We attended the first night of ‘Bunkered’ by Lynn Brittney, as this is the first true play the group has performed since they developed from the Good Companions of Bunbury. The group is based at Church Minshull Village Hall, which, having no permanent stage, meant the building of a small set on a temporary platform. This was done well and was suitably lit, with good sound effects, delivering all the essential pieces in place.
We should start by saying we are not fans of the play and even took books in case boredom set in. We previously found the script very limited and large amounts of dialogue somewhat stinted.
This performance was different. Right from the start unscripted ‘business’ had been added that caught the audience’s attention and this rolled on from random tool pilfering, through electrocution and ‘under wedding dress’ action, to a headlock that persuaded one member of the cast to sign the Official Secrets Act. Intrigued? You should be, for this was not the usual production. The laughter grew as the four main characters, (David Barrett as Harry, Chris Fisher as Peter, Mairi Harris as Joan and Kerry Bannon as Mags) responded to each others performances and took control of their roles, masterfully. They were ably assisted by Kevin Penny as an imposing Marine Sargent Connor and Faye Hough as the enigmatic Midshipman Taylor. Later still, director John Headon was added to the mix as a perplexed Bill and Sharon Corke played a smart and ‘ritzy’ commander.

Overall, a very enjoyable play and congratulations should be given to the producer who made a mundane script into a very watchable performance. A measure of it’s success? We never once touched our books and never once stopped laughing.

Some of our cast in a recent rehearsal. 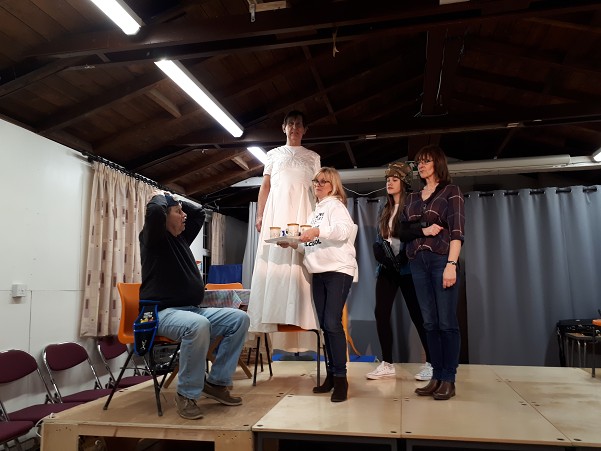 Tickets are now on sale for the two nights of the production.

Our Cast & Crew have now been set for our next performance :-

“Bunkered” for November 2016. Auditions and Interests

At the council meeting on 24th November, 2016 the next show was agreed and it will be ‘Bunkered’ by Lynn Brittney. 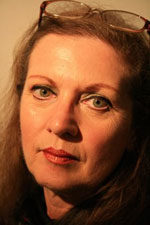 A read through will take place, for all those interested in performing or working backstage, on 8th January, 2017 at “Oakhurst”, Over Road, Church Minshull. If you are unable to attend please let us know so that we do not overlook your interest. Provisional dates are 31st March and 1st April, 2017, but again if you are unable to do these dates, please inform us, as they are unconfirmed as yet.

The following is a synopsis of the play, for 4 men and 4 women.
“Bunkered” is a comedy from the pen of Lynn Brittney, who had many earlier works published by Samuel French and also more recently has written some one act plays.

Here, somewhere near the coast in Britain is a Naval Intelligence Cold War Bunker, manned by four naval personnel nearing retirement. Only, as far as the Royal Navy is concerned, the bunker was decommissioned in 1991 and the staff were made redundant… except somehow they all slipped through the net and continued to receive monthly pay cheques from the Ministry of Defence computer system.
Peter, a Chief Petty Officer with a strong sense of responsibility, and the nearest to retirement age, decides to bring a friend in to bring all the equipment up to full working order. Imagine the alarm at Naval Headquarters when they start getting signals from what they thought was a defunct facility! Time to call in the Marines!
The other three main characters are Harry, Joan and Mags with smaller roles for the remaining four characters.